Strong winds and heavy rain forecast for most of the days of last week with just a narrow window of flat, calm and dry conditions for Saturday until midday before the deluge returned made the planned ringing demonstration for the local Burbage Bird Club look decidedly dodgy to say the least.  Finding a suitable date to suit both parties had pushed the event further back towards the end of November than we would have liked - amid concerns for the effectiveness of the demo both in terms of the number of birds and spread of species that we would have to show them.

We need not have worried - Adam, Masai Mick and Webmaster Mike arrived early to near perfect ringing conditions (for the time of year) of a frosty, slightly misty, dry and calm morning to erect the nets and put the sound systems in place before dawn.  Meanwhile I met the bird club members together with Paul, a potential new SRG trainee, at the entrance to the Railtrack at a more sensible hour before we drove down to the base camp just as the lads were returning from their first extraction round of the nets with an impressive 39 birds.

This first catch included 28 Redwing, a Fieldfare and a Woodcock that Mick had extracted from a net line erected on the reservoir's perimeter grass footpath.  As this was only the sixth Woodcock ringed by us at Stanford and with the last one being some five years ago, the visitors were in for a rare treat indeed.


The second round of the nets produced just 15 birds and demonstrated the need for erecting nets before the birds start to move off in the hour after dawn - the early ringer catches the birds!


A female Green Woodpecker, albeit a retrap, provided another treat for the demo and brought the cameras out again.  Webmaster Mike announced that this was only the second time that he had processed this species - the first being when he ringed this individual in November last year.

Later in the morning a change to the bird calls being played resulted in eleven Lesser Redpolls plus a British control.  This year's total for this species is now 264 and is nearly double the number that we ringed last year.

Several continental Blackbirds with their all black bills and pale edged chest feathers provoked further interest and the number of species continued to increase with Robin, Tree Sparrow, Wren, Treecreeper, Reed Bunting, Chaffinch, Goldfinch and the usual Blue and Great Tits being processed.

A total of 67 new bird ringed and 20 retraps plus one control of 15 species was the final tally for the morning and was as good as we could have hoped for.  The exact totals, with retraps in brackets, were:

The nets started to come down just before midday and at 1205 hrs the rain started right on cue - for once the five day weather forecast had been spot on.

Thanks to the SRG members and the attentiveness and clear interest of the Burbage Bird Club members a highly successful demonstration had been achieved.

Red October - no not the submarine from the film but a description of the month's ringing at Stanford with several records broken and two controlled Lesser Redpolls. 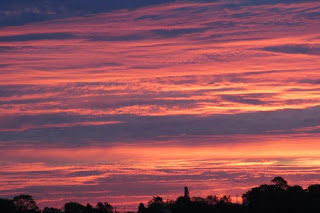 The adverse weather conditions conspired such that two of the regular Saturday morning group ringing sessions were cancelled and the red dawns became a thing of the past.

However the dank, dreary and dismal days did not put Masai Mick off who made a sterling effort as he undertook several midweek sessions - some with another ringer to accompany him but also half a dozen solo efforts.  He was richly rewarded adding some eight new species to the annual list and thereby achieving a record annual total of 54 species.


Despite the inauspicious start, a total of 667 new birds were ringed during the month (click here for details) and 168 retraps and two controls (Lesser Redpoll) processed. It was the second best October total ever, but way behind last October's 933.  With all this activity a couple of other records almost slipped through unnoticed - the month's total of 46 Goldcrest resulted in a record year total of 57 and 224 Lesser Redpoll gave us a year record of 226 handsomely knocking into second place last year's total of 144
Posted by Jacana at 10:40 0 comments
Newer Posts Older Posts Home
Subscribe to: Posts (Atom)